Hailing from Cape Verde to the United States, the now Boston-based hip hop rapper LTC and Artist Agnelo DePina incorporating his roots to his stage name as LTC (Lightning the Cape Verdean), and quickly becoming most people’s favorite established artist in the music scene. LTC has the natural talent in making music that contains a perfect combination of melodic, anthemic beats and lyrical depth within his own lyricism. “I think most of my songs have some sort of meaning behind it. I might be telling the story of a crack head or a drug dealer and maybe tacking some rough topics like injustice in the prisons or lack of education in the inner city,” LTC once stated about his writing lyrics process, and each of his song indeed has the capacity to strike one’s energy due to its relatability. Aside from that, from his earlier project “Evolution” to the very recent release, “I Will NOT Die Poor” album, every Hip-hop fans across the country could also find diverse style in LTC’s music that still sits perfectly with his distinctive flow and snarling rap voice. Now, with a versatile catalogue of music and ever-growing number of projects, LTC is more than ready to bring his massive talents to the world stage of Rap/Hip-hop music. 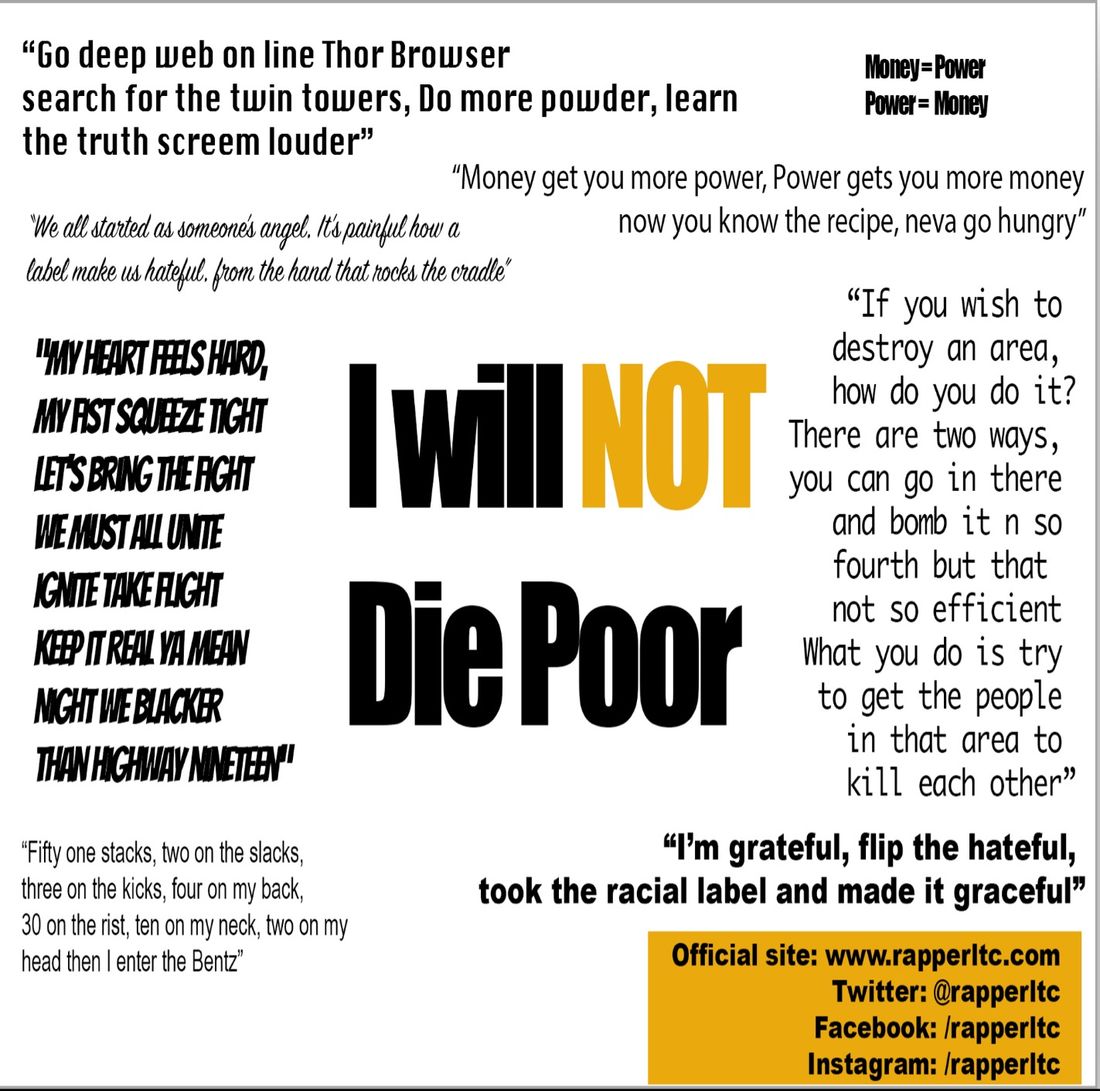